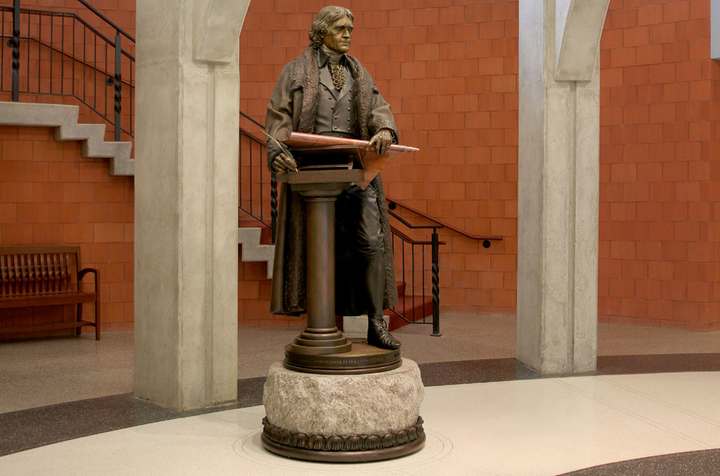 This story is all over West Point, so it seems to me that the folks who paid for the life size bronze sculpture of Thomas Jefferson should hear it from a classmate first.

James Muir (x-68) crafted a magnificent piece in fulfilling our commission. His sculpture depicting President Thomas Jefferson on March 16, 1802 poised on the brink of signing the Act of Congress establishing our alma mater is extraordinary. I think he poured more than just molten metal into the mold - - he poured in some of his soul as well.

A few weeks ago, Andy Shaffer, Pres Miller and I took an "old guy road trip" from Portland to Umapine Oregon (near Walla Walla, Washington) to see the near finished work and to formally approve the piece so that it could be shipped - - and so that James could be paid the final increment called for under the contract. Before anyone asks, we traveled on our own nickel - - no class funds were expended. Anyhow, we were all very impressed and gave a green light for Mr. Jefferson to begin his journey eastward. So began Mr. Jefferson's excellent adventure.

A few days later, I received a somewhat cryptic message advising that Mr. Jefferson's arrival would be delayed for unexplained reasons. It was good to have received the "heads up" so John Calabro and I could stand down the ready team of specialty movers we had lined up to install Mr J once he arrived. I tried through a number of follow-up calls over the next couple days to determine the nature of the problem - - without success. Finally, I connected with James Muir who advised me that the transport in which Mr. Jefferson and his granite pedestal had been traveling had caught fire somewhere in Indiana - - I was always a little leery of that state. Anyhow, James shared the best information and assessment available at the time from people on the scene - - and the news was all good - - the driver had employed some heroics to remove flammable packing materials - - at the cost of being manacled by a cautious but jealous state trooper who thought he might be an eco-terrorist trying to ignite wildfire blazes. While the early report indicated no serious damage beyond some soot and splashes of fire-suppressing foam used to extinguish the blaze, James withheld judgment until he could personally assess the situation. He and his wife Linda made alternate travel arrangements "on the fly" for Tom as they attended the unveiling of another piece (The American Pieta) in Chicago, and then bolted to meet Mr. J at a foundry in Newburgh, NY.

Like the flesh and blood man in whose image he was made, bronze Thomas was tested by fire - - and withstood the test. Since bronze is, as James pointed out, born in fire, it was not too surprising that Mr J was A-OK - - just requiring some cleaning up to remove the soot, and the application of a new patina finish. The granite base, however, which had traveled from the quarry in Massachusetts to Oregon and back, more distinctly showed signs of the blaze. A good scouring and some sand blasting removed most indicia of the conflagration, but by design, we chose to leave some hints of Mr. J's trial by fire as a testament to the Mr. Jefferson and his ordeal. New plebe poop in the making? Could be!

Mr. Jefferson was installed in the Class of 1968 Rotunda this past Friday, and promptly draped where he stands now waiting for his unveiling on September 5th when we dedicate our Class Gift, of which he is a part. The "soft unveiling" as he was installed drew applause and accolades from the crowd of cadets and officers who gathered and watched. The piece is truly magnificent. That early verdict is already in, and our class, including James Muir, who is an Associate Member, can be justly proud. The formal unveiling will draw a crowd as well - - we expect almost 700 reunion attendees (classmates, family members and guests) as well as representatives from the Academy (to accept our gift) and from the West Point Association of Graduates (which provided outstanding support and assistance) and The Jefferson Foundation (which helped with research to enable a historically accurate image of President Jefferson. And so ended Mr. Jefferson's excellent adventure enroute to West Point.

When you pass close to Mr Jefferson, on September 5th - - or whenever you get the chance to visit the Academy, take a glance at the granite base and note the small smudge and shadow of scorch. You now know that mark was left there to attest to the quality of the man depicted and to the quality of our gift - - both were tested by fire - - and both withstood the test.

No Task Too Great!
Dutch 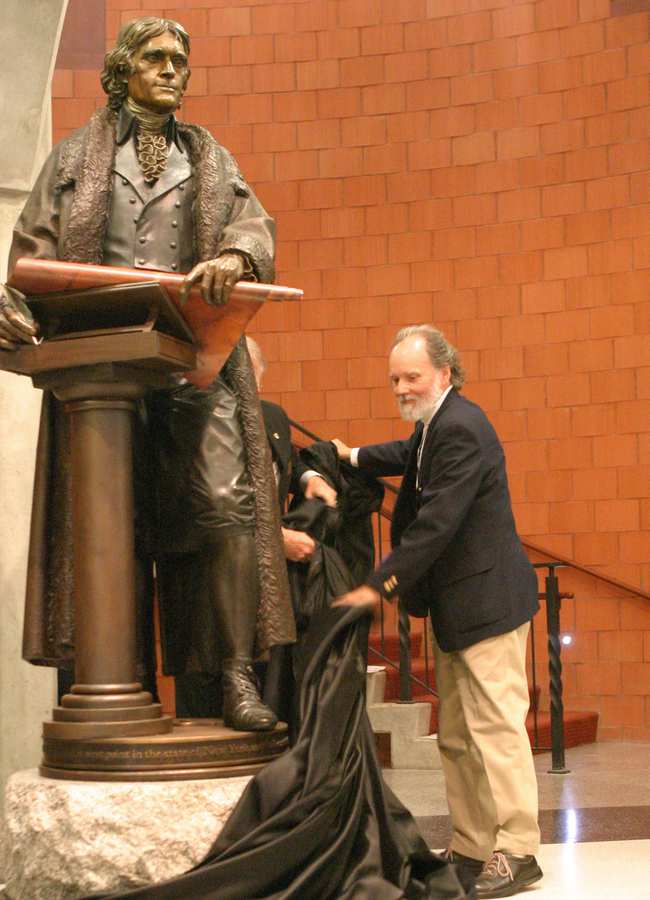 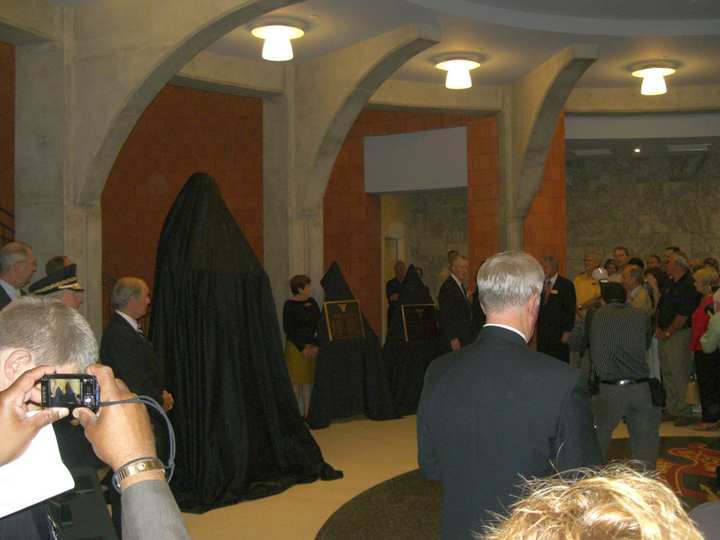 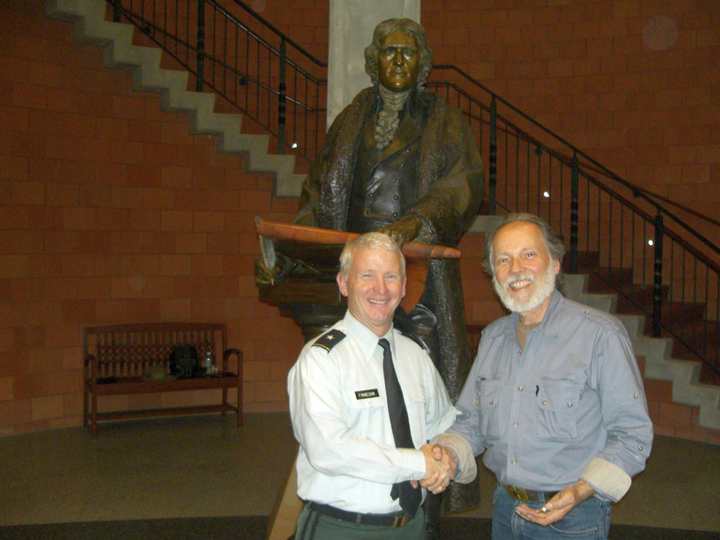