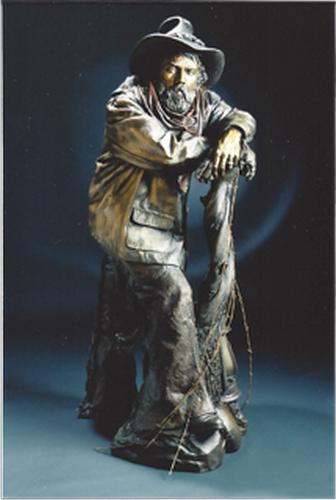 "FREEDOM lies just beyond the Fences we build around ourselves."
James Nathan Muir

In 1873 Joseph Glidden, in the "civilized farm country of Dekalb, Illinois, patented "Winner Wire" the first twisted barb wire. I'm sure God has a special purgatory for the creators of such diabolical "things" as barb-wire, guns, tanks, automobiles, bulldozers, atomic bombs, and bad art. All of these, and more, have played a part in the decline of both us and the earth we live upon, and were intended to "protect and serve," but I have a particular dislike for wire fences-literally, artistically and especially spiritually. They are unnatural, unattractive and unspiritual.

Fences restrict our freedom for, as I've said in the original write up: "Freedom lies just beyond the fences we build around ourselves" but in addition, it is attainable for ourselves only by giving it to others. Having clarified this, it should not be too difficult to understand the literal interpretation of what he is really up to-the way he is holding his fence tool is the key. The higher interpretation not only goes much deeper but, looking deeper, still you will see the rock, the fence post and the man are all at the base one with the Lantern light of God. In fact, the rock is in the shape of the Hebrew letter "Yod" ~ a term for God. The post spirals up like the yin/yang of the serpents in "Caduceus;" the human DNA molecule of the "Tree of Life" to become his arms and is being watered by the open U.S. canteen of "us," the creators and the created.

"The Lord is my Rock, my Fortress and my Deliverer
My God is my Rock in whom I take refuge"
Psalm 18:2

Finally, the Lantern, the Light of God, has three paths to get to it-the three "S's." The first is the path of "Suffering," as represented by the jagged rock in back with its many and varied steps (twelve major ones.) This is the way humanity has struggled over for thousands of years and will continue to do so until, one by one, we learn of higher and faster paths. The second is the path of "Service," as represented by the point below the Lantern. Herein the first step is a high one as it is the decision to serve other rather than self. A hard choice but after that the steps come easier.

The third is the path of "Surrender," as represented by the "straight and narrow" canteen sling running directly from "U.S." to the "source."

Once surrendered to the "ONE" then every thought and deed from then on becomes increasingly centered on and dedicated to "Service to God through service to his creation." In the School of Philosophy of Ancient Atlantis the infinity symbol, 00, on a gold band identified its wearer as one who dedicated his/her life "In Service to the People in Service to God." These were the true followers of the "Law of ONE." 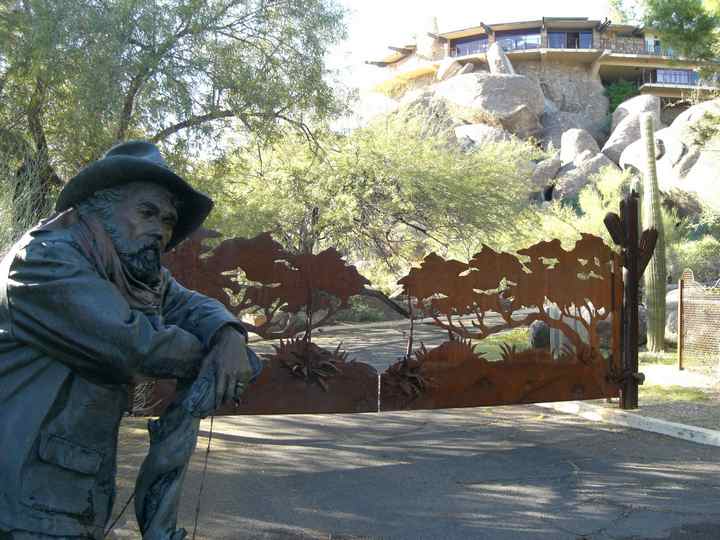